Awakening your wild side

Being a lover of food, one cannot and more importantly should not discriminate against other people’s choices of what they deem as a great meal based merely on looks and societal norms. Who are we to roll our eyes in disgust at other cultures when they consume their ‘staple’ meats? Many of us have been programmed and influenced by extreme radical animal protectors, that to shun such delicacies has become second nature. We do not take note that for many, these staples are their number one source of protein and nourishment.

Having lived in South Korea for a significant part of my childhood, I was exposed as you can imagine to a multitude of diverse delicacies; however some would not classify it as such. I am afraid that many, even today with all our education and awareness regarding the diversification of meat and cultural awareness…would still be in disgust as to what many people eat and as one person once stated, they would ‘rather starve than be subjected to such barbaric ways’. We have all heard at on point or another, that many Asian cultures (Korea being one of them) include dog meat as part of their staple be it legal or otherwise. As a child living in such a country you are naive and innocent of the social ramifications of the consumption viewed predominantly by Western ideologies. Now the million dollar question to which I am sure many, if not all of you are asking yourselves…Did I eat dog meat? To be completely honest, I am sure I did but it was never confirmed nor denied by those around me. Having dogs as pets in South Korea, our family was subjected to several dog-nappings and knowing the cultural ‘meat staple’ my parents did their best to protect me as I was too young to comprehend what had transpired.

Whether its South Korea’s dog meat, Peru’s guinea meat or better yet Europe’s horse meat – there will always be some controversy surrounding foreign countries and their choice of meat consumption. Unfortunately for many countries, it’s literally a survival choice and a practice that has been passed on and continued for generations. For other countries, its not a matter of survival but rather a conscious choice, a perfect example of this would be the consumption of horse meat. This meat (depending on the country) is presently being deemed the ‘elitist’ of meats. This ultra sweet, rich, super lean, soft meat is one for which I have no problem admitting that I love to eat and would order it in a heart beat from any respectable restaurant that has it on their menu. For now, consumers can purchase the meat through some high end butchers (most of which wont advertise that they sell horse meat but will gladly provide it upon request). All of these meats be it dog, guinea and horse have all been classified as ‘taboo’ for one reason alone…the fact that all these animals are synonymous with being pets. The social outcry has been huge from around the world from animal activists with claims of torture, abuse and starvation on these animals and the response from the public has been positive (for the animal activists) as less people are wanting to consume (publicly that is) these animals. However being a devils advocate here, the very same conditions are being seen everywhere for everyone to see for chickens, beef, and fish…the difference is the social stigma and the emotional response we associate with these animals.

I’m curious to see where animal activists stand regarding the Quebec government’s recent agreement that will allow ten of Quebec’s top restaurants, including Toqué, Au Pied de Cochon, and Joe Beef,  to permit the sale of meals made from wild game as part of a pilot program. Until recently, wild game meat in the Quebec province could only be enjoyed by hunters and their friends. Previously, the sale of meat from animals hunted or trapped in the wild was prohibited in Quebec. According to the Montreal Gazette, the “strictly supervised” new provision opens the chefs up to ingredients like wild deer, muskrat, squirrel, beaver and hare.

The Quebec Wildlife Minister Yves-François Blanchet said the project will give chefs a chance to show off Quebec’s unique gastronomy and history.
“There is an opportunity for our culture as well as for our practices of hunting, trapping … there’s a window for something very interesting for Quebec,” Blanchet said.
The minister was careful to point out that the species chosen for the project are not endangered, and they are not known to carry bacteria that is dangerous to humans.

Martin Picard, chef at Au Pied de Cochon and the guy responsible for the above pictured “sushi,” notes that he doesn’t want to go bonkers with his newfound freedom: “I’m not queasy at all about using all parts of the animal, but I don’t want to be sensationalist either.” The diners of Montreal will find out first hand in the Fall.

I for one, am looking forward to trying these ‘new’ game meats in the near future as I always have said…I won’t knock anything until I have tried it…however, I am fairly confident that these fine establishments will have both skeptics and admirers alike coming back for some more.

Here’s to the wild side!
FT 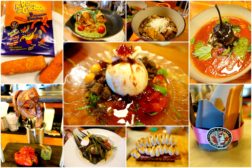 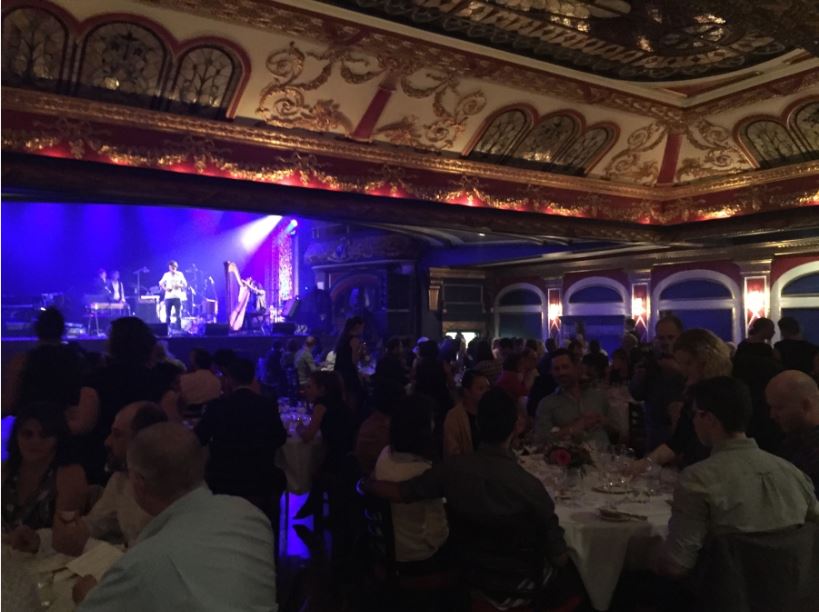