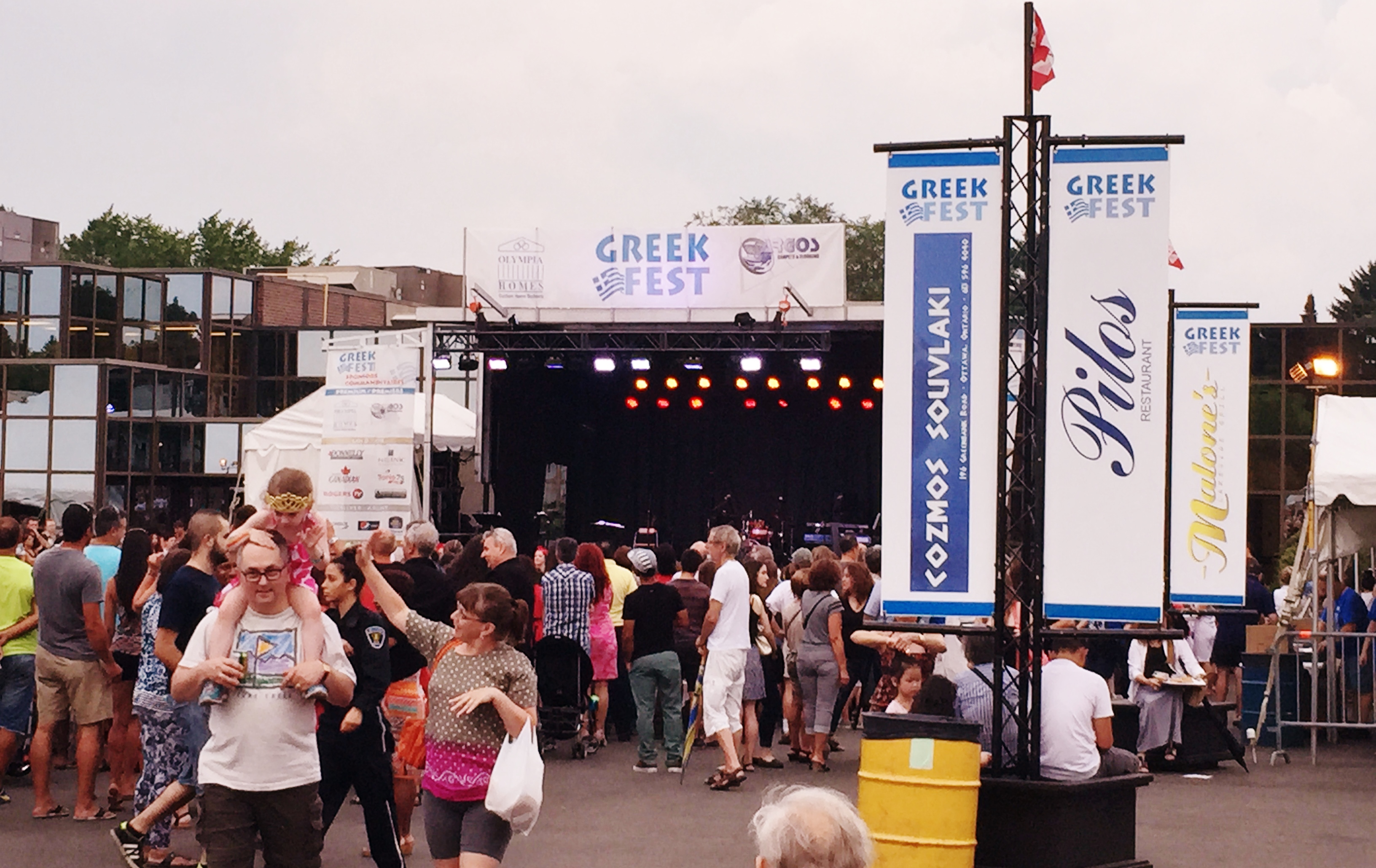 It Was All Greek To Me, Till I Experienced The Cultural Richness At Ottawa’s Greek Festival

Over the years, I have promoted The Ottawa Greek Festival but for one reason or another I never experienced it first hand…bad, I know. So this year I wanted to change that, I wanted to know for myself what the excitement was all about. I wanted to try their delicious food (lamb anyone?) and say OPA!! And say it without feeling silly, I wanted the real “Greek” experience! And my Greek experience was about to materialize when I met Eleni Dellis, General Manager of the Hellenic Community of Ottawa. Dellis was generous enough to reach out to my request of showing me around the grounds and provided me with a plethora of interesting festival tidbits as well as the importance of the Hellenic Community.

The Hellenic Community of Ottawa (HCO) is a non-profit organization founded in 1929 and is focused on preserving and promoting the Hellenic Culture, Language, History and Orthodox Faith in Canada. The HCO has a membership of greater than 6,000 people.

It is also a leader in the Ottawa community for supporting and raising the profile of many local charities including the Ottawa Heart Institute and the Children’s Hospital of Eastern Ontario.

The Greek Community Centre isn’t just a centre, it’s about culture, history and getting the youth involved, “the youth are our future right?!” Dellis said with great enthusiasm. It’s about their Greek school, their community, their association and of course their church.

The Hellenic Community is also home to Ottawa’s Greek Festival.  It is one of the largest Greek Festivals in North America. Ottawa is the longest running festival as it typically runs for 10-12 days.

Unbeknownst to me and I am sure to many others, I wasn’t aware that The Greek Festival is in honour of the ‘name day’ of their church. The name day is always August 15th, so depending on where that date falls, the festival will start on the Thursday before and run for two weeks and end on the Sunday.

An outstanding fact that blew my mind was knowing how many people actually visit the festival, approximately 60,000 – 80,000 people take part in the 10 day festival in Ottawa – at full capacity it’s standing room only. At any given night The Ottawa Greek Festival usually receives 6,000-7,000 people but typically on Saturday nights they can easily reach 10,000 people. Staggering figures for sure.

As expected, preparation for the festival is done months before the actual festival, but the actual setup of all the logistics takes around 7-10 days to complete. The festival itself wouldn’t be successful without the outpour of volunteers. A mind-blowing number of approximately 300 volunteers help in one way or another in making sure everything runs smoothly.

While I was there, I heard traditional Spanish and Peruvian music…not very Greek to say the least. I was told that the Greek festival has two multicultural nights, where they invite different cultures to participate in song and dance. By doing so it allows other cultures to showcase their traditional customs in representation of song and dance. 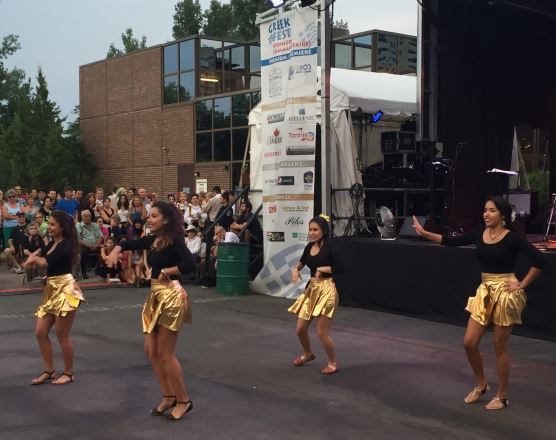 Knowing that this was my first time at the festival, Dellis spoiled me with a Greek food feast from the varied assortments that the festival had to offer…ranging from savory to the ever-so sweet, I couldn’t have asked for a better tour!

We started off by sampling some Saganaki also known as the ‘Flaming Fried Cheese’ from Father Alex’s Saganaki Shack. I learned that Saganaki is a type of Greek cheese (typically goat or sheep) that is floured, fried and then lit up with Ouzo (or vodka in some cases). Served with bread and lemon slices and with a proud “OPA”!! 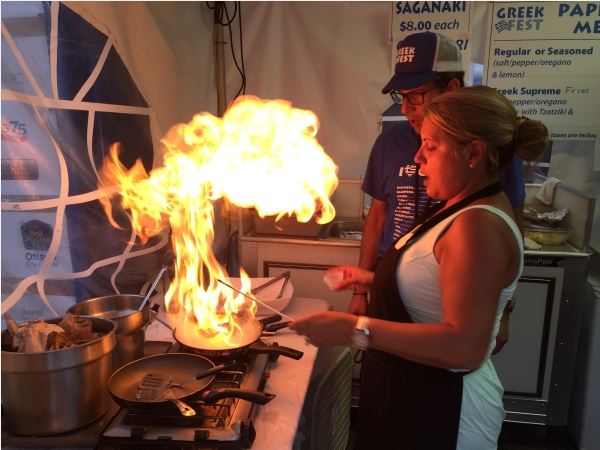 Saganaki or Flaming Fried Cheese: Greek cheese that is fried and flambéed with Ouzo and served with bread and lemon slices. 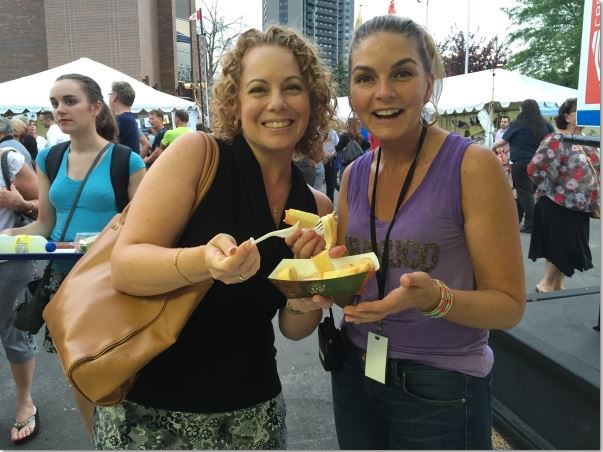 Enjoying Saganaki with Eleni Dellis, General Manager of The Hellenic Community of Ottawa

Did anyone say lamb?? In case you don’t already know, I am a HUGE lamb lover! So what better place than to venture off to Theo’s Lamb Pit. 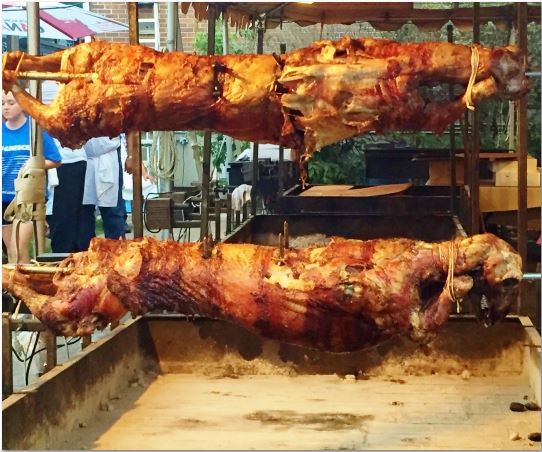 Aside from the succulent lamb, one could easily indulge in the multitude of choices that could be purchased at the very busy food tent.

Everything from Greek salad to Spanakopita’s to Gyros and Moussaka’s to the sweet and sticky Baklava and the infamous Greek Honey Balls: Loukoumades can be found…and I am only listing a fraction of the savoury and sweet dishes that can be tasted at the festival. 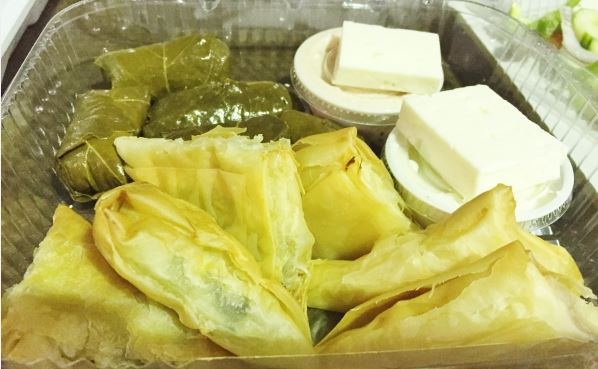 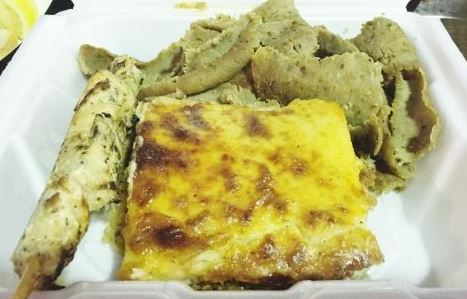 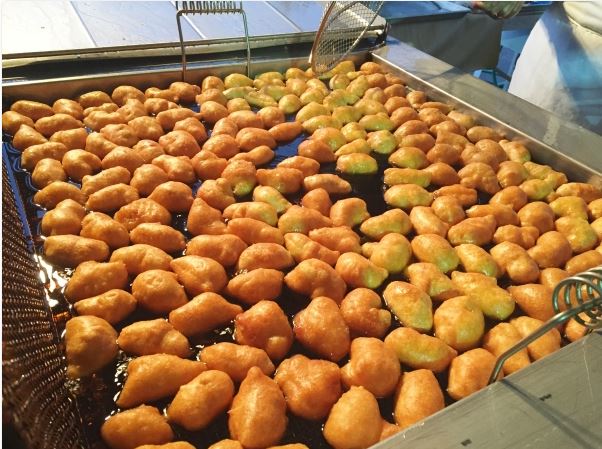 The Greek Festival has come and gone but the rich culture can still be experienced for those that want to know more about Greek History. The Canadian Museum of History is hosting an exhibition specifically on the Greek Culture: The Greeks – From Agamemnon to Alexander the Great. The exhibition will be at the museum June 5th to October 12, 2015.

The Greeks – From Agamemnon to Alexander the Great is a once-in-a-lifetime exhibition, This exhibit brings together more than 500 priceless artifacts from 21 Greek museums. A large number of these objects have never been displayed outside of Greece.

As I mentioned earlier Dellis had generously answered my request of being shown around the festival, that in itself would have been sufficient but she did more than that. She took the time to really explain the rich culture and traditions that the Greek people have.

But more importantly she welcomed me with open arms. Anyone can show you the basics and explain the logistics, but Dellis made me feel part of the big Greek family that we all hear about. We broke bread, shared some wine, laughed and talked while we ate the amazing food that the Greek culture has to offer and relished in the entertainment that was surrounding us…Now that’s what I call a true experience!

To Eleni Dellis and to the Ottawa Greek Community I say: EFHARISTO (Thank you)!!!

Here’s to next year’s event! 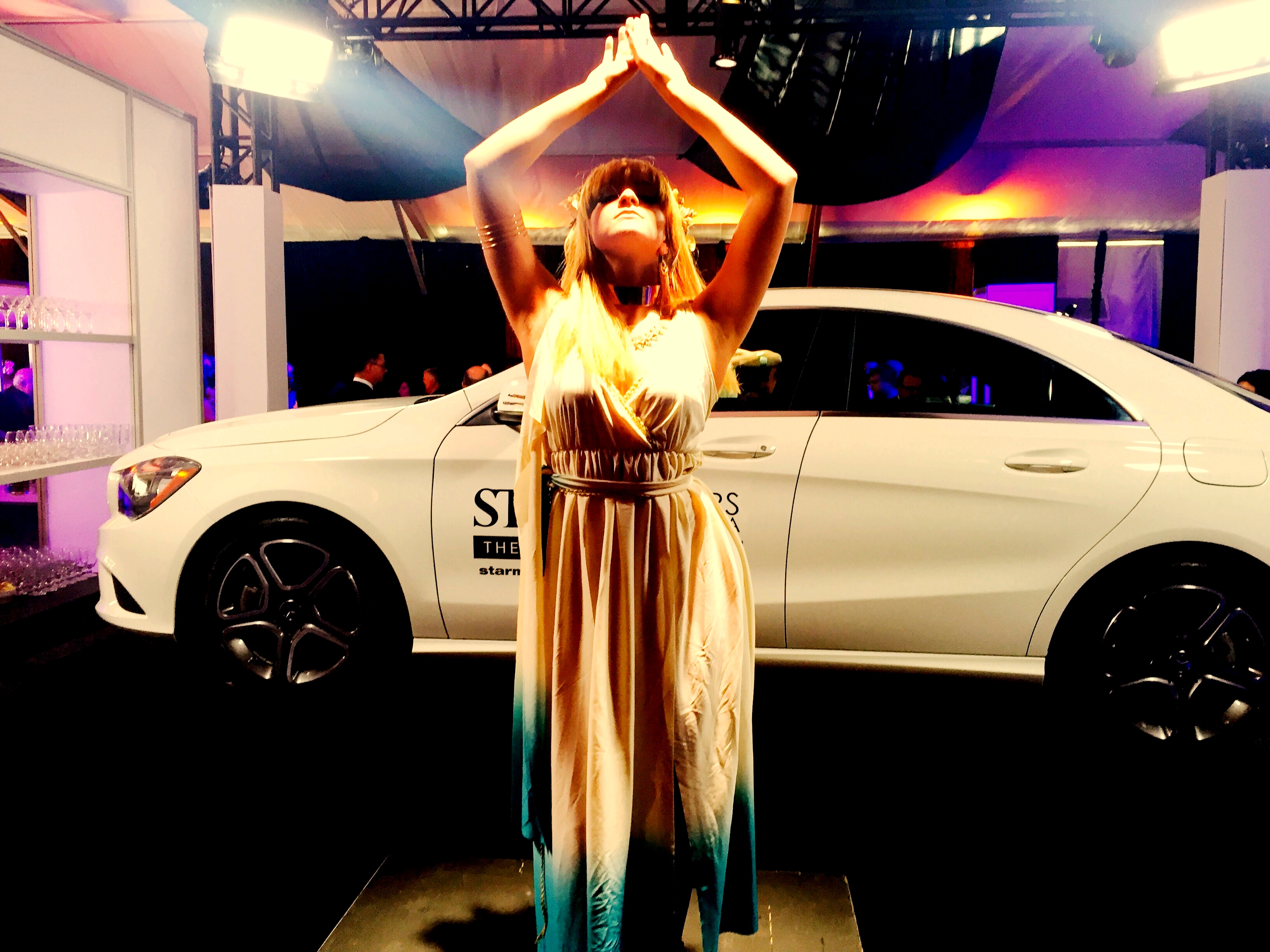